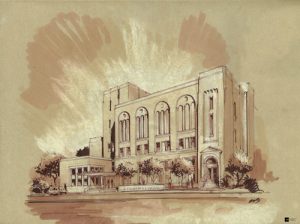 The Scottish Rite is one of the largest auditoriums in South Jersey. Voted one of the “150 Best Buildings and Places” by the American Institute of Architects in the 2011 AIA New Jersey Guidebook, the property rests on eight acres of land and comprises two separate buildings. The largest building is a five-story structure that houses the  Collingswood Grand Ballroom and the 1,050 seat Scottish Rite Auditorium.

The Scottish Rite Auditorium presents over twenty concerts per year by notable performers and bands such as America, Gordon Lightfoot, and Kansas to name a few. Musician David Crosby calls the stage “the coolest place I ever played!”

The Auditorium is also home to the Collingswood Community Theatre, which stages 2-3 productions per year ranging from family shows to lavish musicals.

SJ Magazine named The Collingswood Grand Ballroom the “Best Place to Have a Wedding.” It is recognized as one of the top venues in the area for corporate events and features an opulent grand staircase, large dance floor, digital surround-sound system, video screen, and wireless internet. 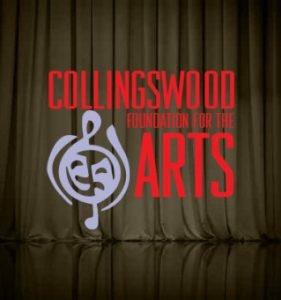 Collingswood Foundation For The Arts

Collingswood Foundation for the Arts is responsible for the operation and maintenance of the Scottish Rite Auditorium.